Hirohashi Morimitsu here writes a letter praising Awazu Kiyonori for his rescue of the clothes. This document functions in tandem with the earlier kuzen an so as to explain why Kiyonori was rewarded with the sinecure of Governor of Chikuzen. 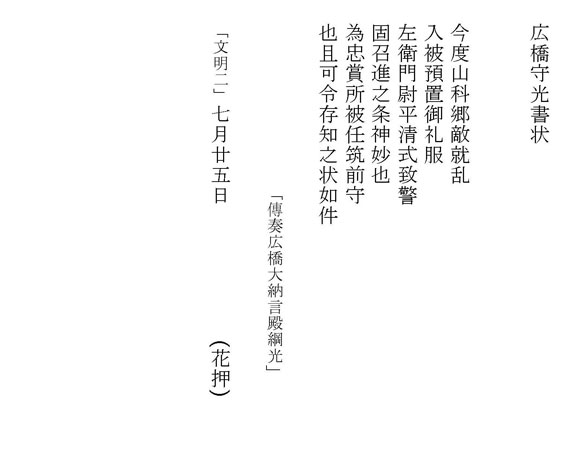 A Letter by Hirohashi Morimitsu

Recently, the imperial ceremonial robes were retrieved in the face of the enemy depredations in Yamashina district. Taira Kiyonori guarding and presenting them to us is most wonderful. As a reward for his service, he is to take up the post of Governor of Chikuzen. The letter that shall make this known is thus.