Kanroji Motonaga here recounts again how during the Ōnin War, Kiyonori and Kiyohisa father and son rescued the emperor’s ceremonial clothes. This represents the first time that Kiyohisa directly receives credit for these actions. Motonaga wrote this document to Takakura Nagatsugu, showing that the Takakura received credit for the Awazu’s actions, much like a warrior would receive rewards for the actions of his retainers. This document like the others of this sequence dates from the early sixteenth century. 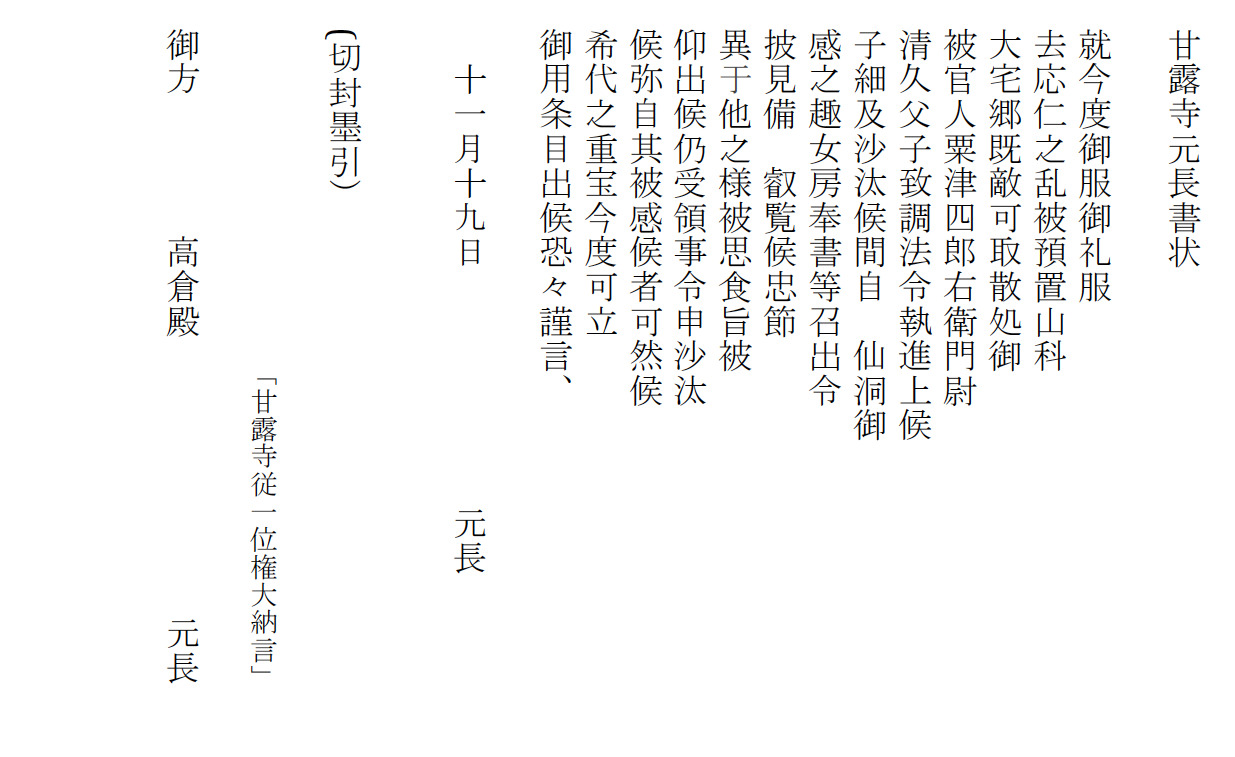 Kanroji Motonaga documentRecently, during this past Ōnin War, the ceremonial clothes were stored in Yamashina. When you were ordered to disperse the enemy in Ōyake (in Yamashina), the retainer Awazu Shirō Kiyohisa, uemon-no-jō, father and son accomplished this, and were able to secure and present the robes.

As this is worthy of recognition, a court lady communiqué conveying the Retired Emperor (Go-Hanazono)’s praise was issued and was seen again by Go-Kashiwabara.

He [Go-Kashiwabara] stated, “We find this service without compare.” Thus, concerning the appointment, the court will act upon your request.

Henceforth, you should keep this praise in mind.

At this time, you have presented these extremely rare treasures for imperial use. This is most auspicious. Respectfully yours,

To the Residence [of] Takakura-dono Motonaga