In 1546, Suekiyo’s son Michikiyo is appointed to the junior fifth lower. This puts him in the lowest echelon of the “high nobilty” and represents a rank that was higher than that of his forebears. The chamberlain, Hirohashi Kunimitsu, was the grandson of Hirohashi Morimitsu. Thus three generations of Hirohashi continued to bestow ranks and rewards on four generations of the Awazu for the events of 1470. 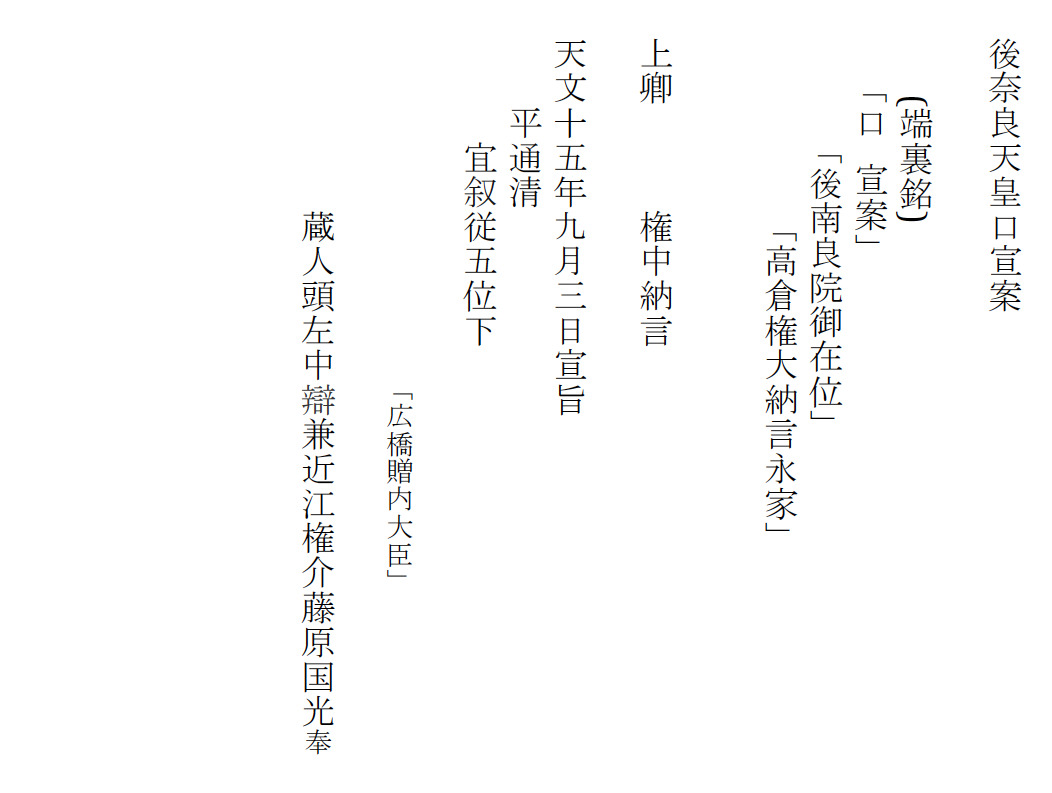 Record of a Proclamation

The reign of retired emperor Go-Nara