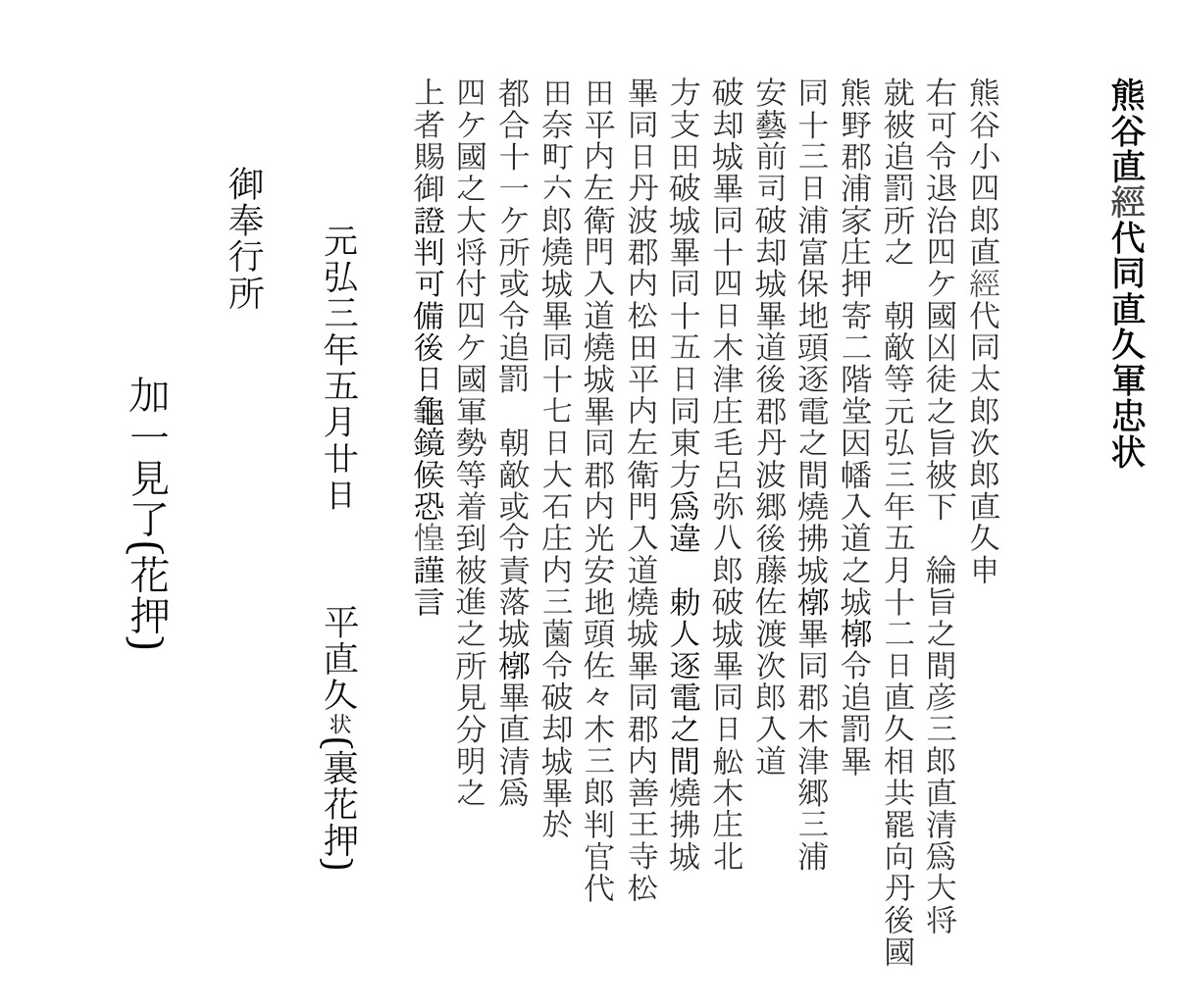 The 5th month, 20th day of the 3rd year of Genko Taira no Naohisa (monogram)

To the Magistrate Office