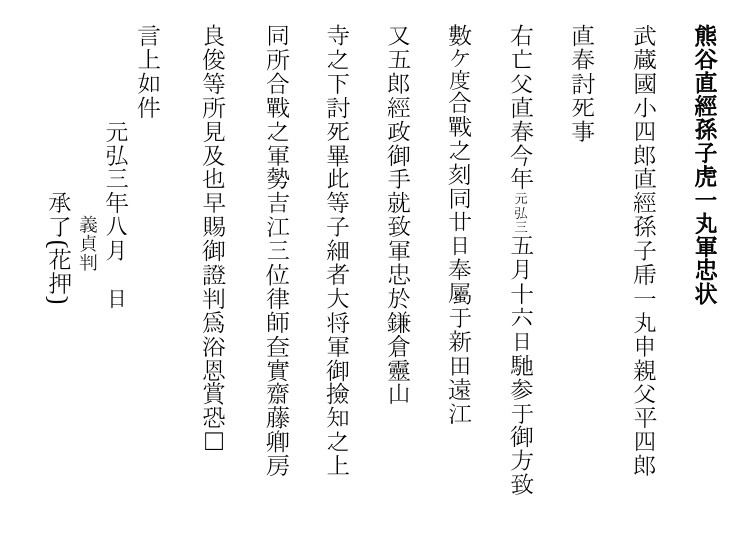 Toraichimaru, the grandson of Koshirō Naotsune of Musashino province, reports that my father, Taira Shirō Naoharu, has been killed in battle.

The aforementioned, my late father Naoharu, on the 5th month, 16th day of this year [Genkō 3] joined allied forces and engaged in numerous battles. On the 20th day of this month, following Nitta Tōtōmi Matagorō Tsunemasa, he served in battle, and was killed at the foot of Ryōzan-ji in Kamakura. Such particulars were inspected by the general, and witnessed by the Yoshie third-ranked prelate Chōzane and Saitō Kyōbō Yoshitoshi of the same forces at the same battle. Quickly, I want to receive a monogram so I can be bathed in rewards. Humbly stated thus.

Notation added later. This monogram is not actually that of Yoshisada