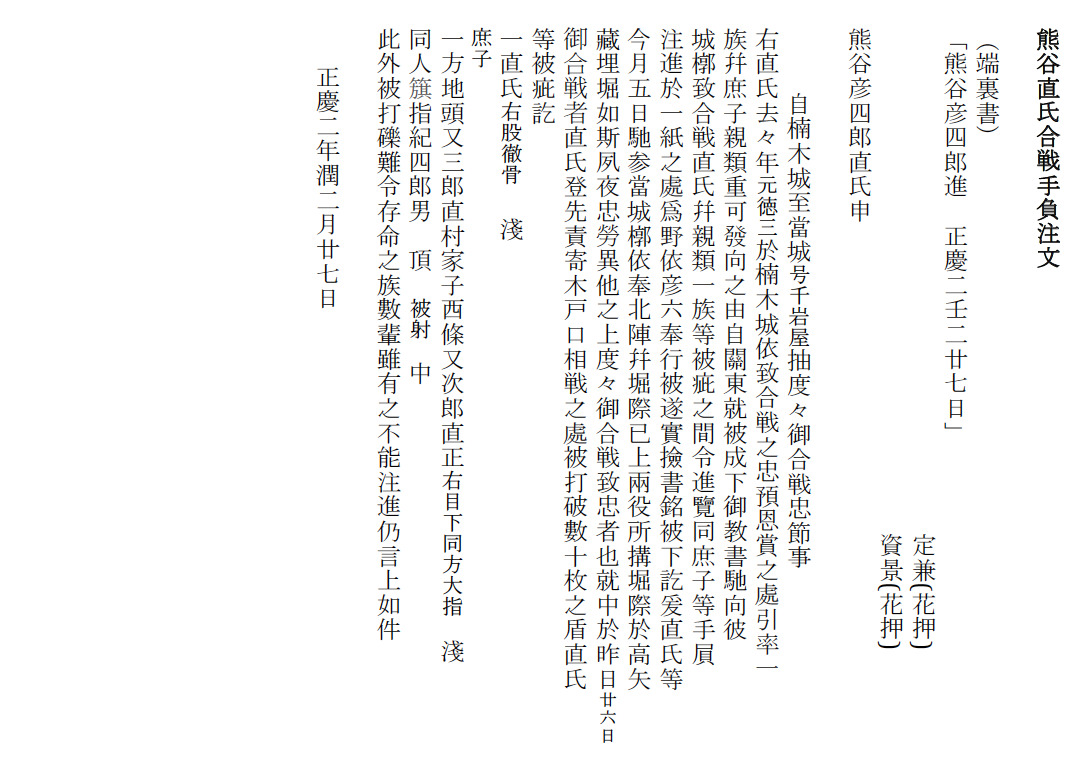 Lists of wounds by Kumagai Naouji

From Kusunoki Castle to this castle, called Chihaya2, I have repeatedly performed battle service. As above, I (Naouji), the , at Kusunoki Castle, according to my deeds in battle, I received awards. Because from the another order to go forth was received, I once again gathered and led forth my family, my collateral lines, and other relations. We rode quickly to those fortifications and gave battle, I and my relations and family and others, sustained wounds at that time; the report of the injuries of the aforementioned collaterals, etc. are included in one document that I submitted. With Noyori Hikoroku as commissioner, an inspection (of the injuries) was conducted, and his signature affixed. And then I and the others, on the 5th of this month, hurried to join these defenses. Serving at the northern camp as well as the , we constructed a tall tower and filled in enemy trenches. In this way, diligently laboring day and night, we repeatedly performed battle service. Furthermore, during yesterday’s [the 26th] battle: I climbed [the battlements] first, assaulting the main gate, and when fighting there, destroyed dozens of shields. Naouji and others received wounds.

2. The same person’s (Naomura) standard bearer Kishirō’s son, shot in the top of the head (medium)

Outside of this, so many of my surviving followers were hit by rocks, I can not record them. Therefore, my statement is thus.