Mikita Sukeie submitted a second document six days after the first, recounting the siege of Chihaya on 4.20.1333. Kamakura’s attackers attempted to undermine the defenses of Chihaya castle. A Mikita retainer (wakatō) named Akimune was shot by an arrow slightly to the right of his hip bone, and the administrators added the notation “medium” to describe this wound. Although these documents were submitted within six days of each other, slight distinctions exist in their handwriting. “Chihaya” castle, for example, was written with different characters than the previous document. Of the two battle administrators who affixed their monogram to the previous document, one, Sadakane, added his signature here, but he was joined by a certain Kagekiyo. 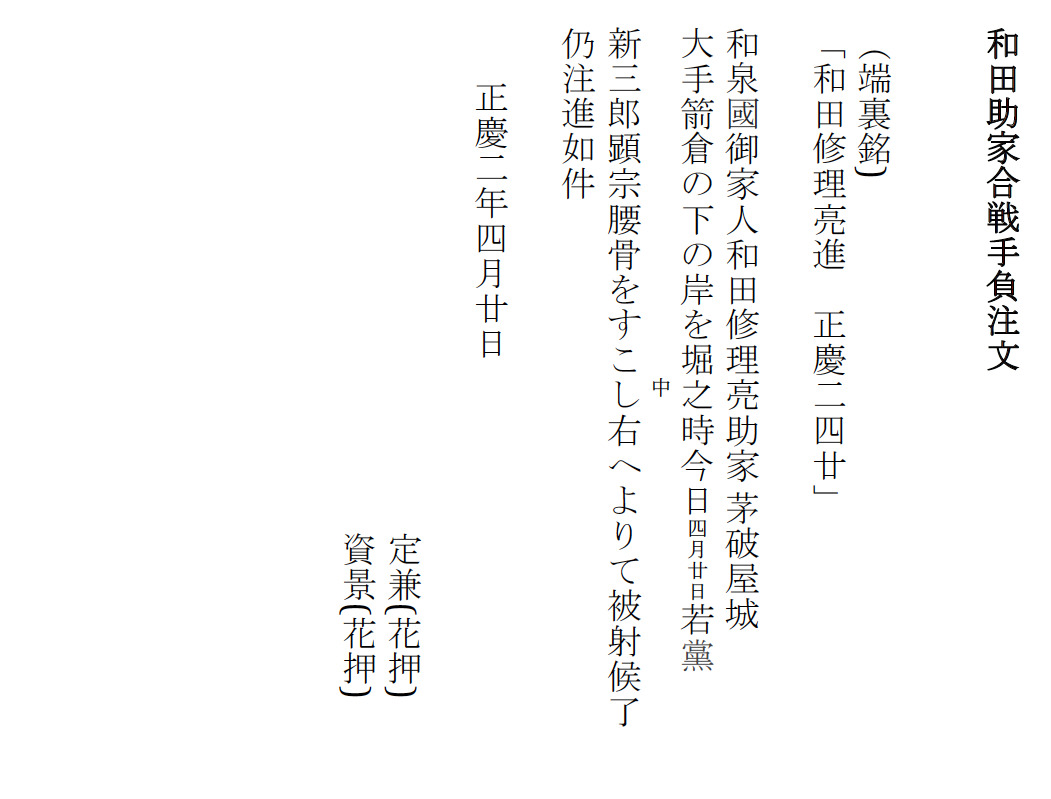 The Mikita , Sukeie, a of Izumi Province [at the battle of] Chihaya Castle. While digging underneath the embankment below the main gate’s tower, the Shinsaburō Akimune was shot slightly to the right [medium] of the hipbone

Therefore, the report is thus

Not originally specified in the ritsuryō system, those with this title might have been tasked with upkeep and maintenance of imperial buildings, but by this time the post may have been mostly ceremonial rather than functional
While this is a broad and difficult-to-define term, those called gokenin are agreed to have had some kind of ties to and were recognized by the bakufu
a young retainer
c.1333