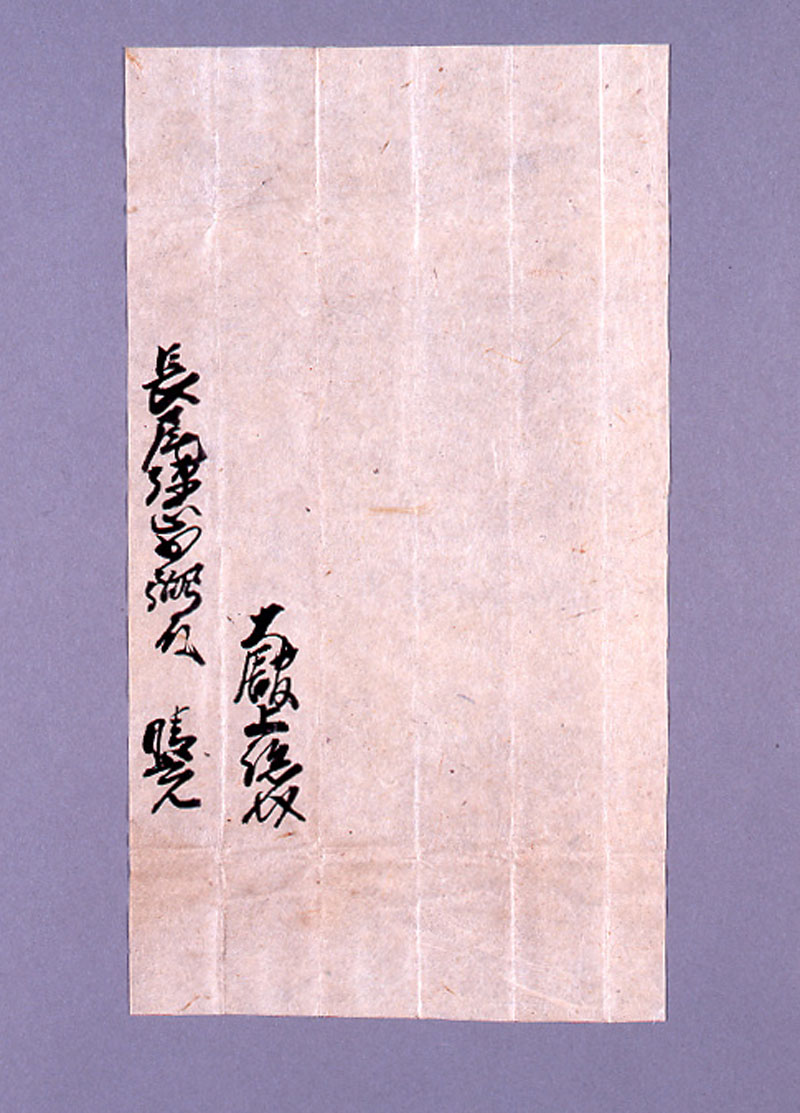 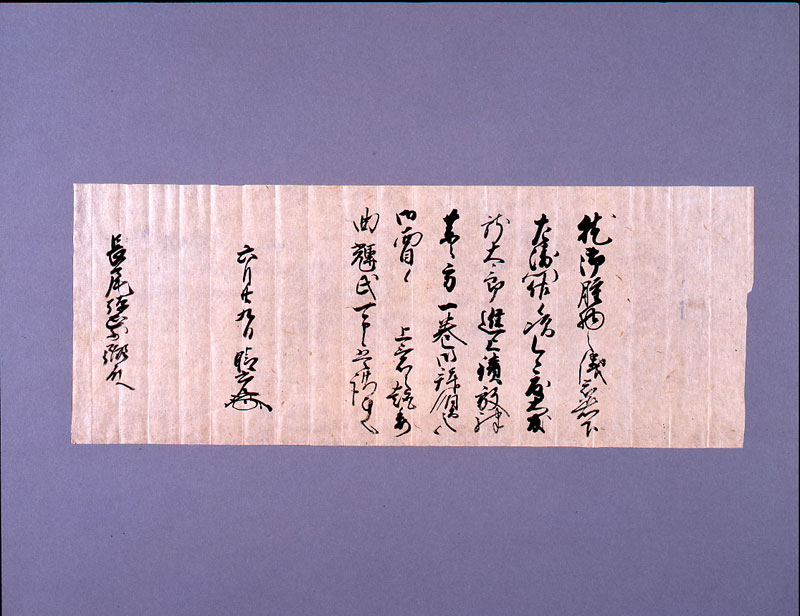 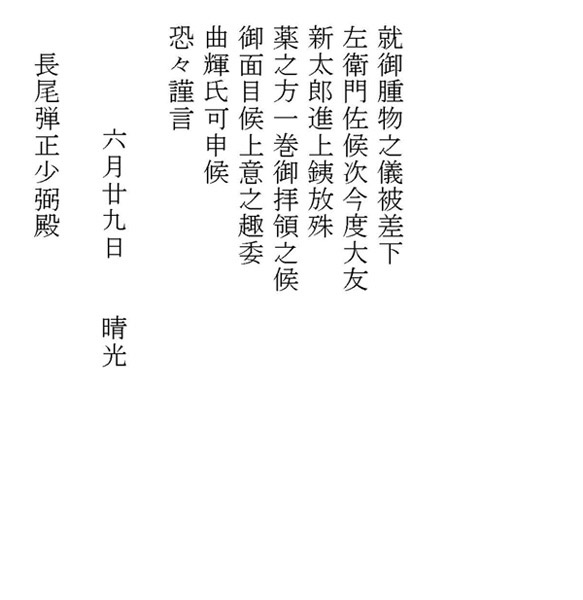 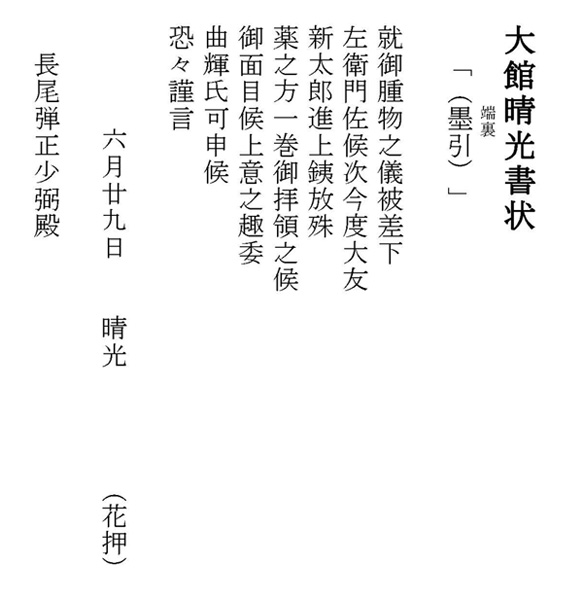 Concerning the state of your esteemed swelling,  has been dispatched.

Recently Ōtomo Shintarō [Sōrin] has presented [our lord] with a scroll on gunpowder.

Please deign to have a look at it; this is a great honor.

As for further thoughts from the shogun, Teruuji shall speak to you in detail.

This literally translates to “deputy of the Left gate guard”and was a government post appropriate for people of lower rank originated in the ritsuryō system; those with this office were primarily tasked as guards for the castle gates, watchmen for the palace grounds, and outriders for imperial visits
c.1559
Literally, ‘the Nagao lord,’ likely referring to Uesugi Kenshin’s birth name of Nagao Kagetora
While this title originated in the ritsuryō system as a government post meant to oversee law and order in the capital (a duty later handed to the imperial police force or kebiishi), by the sixteenth century this office was one devoid of actual power but still resonant in symbolic authority